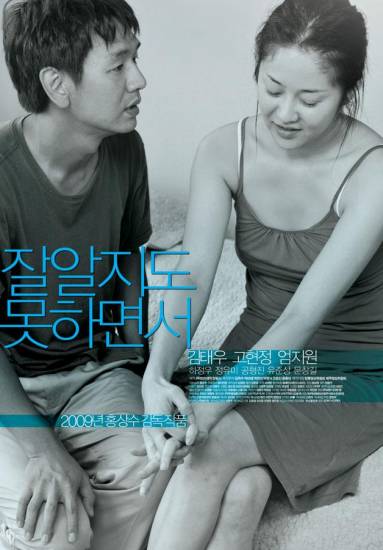 KU Kyung-nam, who is stuck with the label of an "art-house film director", attends the festival in a small town as a jury. In the town, he bumps into an old friend BU. Over drinks, KU is dragged to BU's house and meets his wife. The next day after a long night of heavy drinking, KU returns his hotel and find a message from BU which says 'never to come near us again'. But he can't remember what happened last night. Soon after that, KU goes to Jeju Island to give a lecture. There he meets a famous admired painter who was KU's college senior and finds his new wife is KUs love in his twenties. When she gave him a note secretly, he is quiet confused. The next day on his way to go airport, KU changes his mind and heads to the painter's house to meet her.