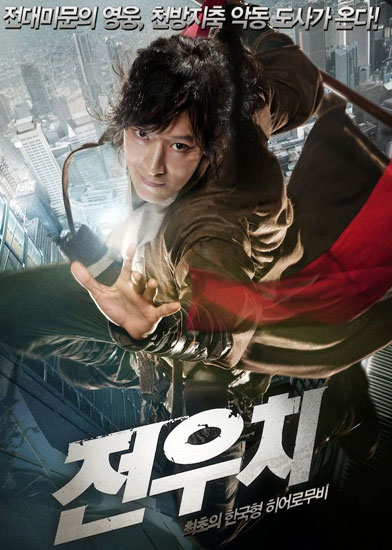 Alternative title "WOOCHI". 500 Years Ago in the Chosun Dynasty. The Pipe of the prophecy has fallen into the evil hands of the goblins, propelling the world into a whirlwind of disorder. The ancient Taoist wizards turn to the greatest ascetics of their time, the Master and Hwadam (Kim Yoon-seok) for help in vanquishing the goblins and trust each wizard with one half of the Pipe. Meanwhile, the Master's rascal student Woochi (Kang Dong-won) tricks the king with the art of transformation and creates a fiasco, which makes the three Taoist wizards and Hwadam visit the Master. But the Master has been murdered and his half of the Pipe is missing! By taking his master's pipe out to the market streets, Woochi has been pushed into a corner, ultimately getting sealed into a painting along with his trusty dog, Chorangyi (Yoo Hae-jin).