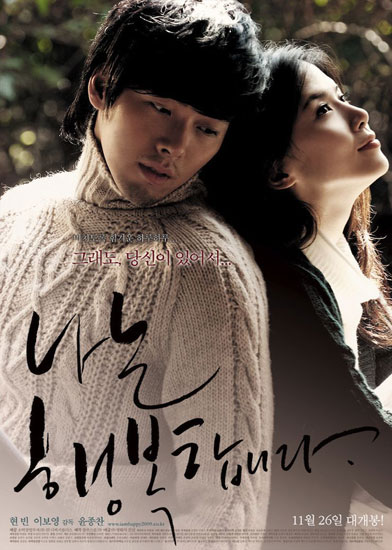 Man-soo runs a car repair shop in the small town. He lives with his elderly mother who suf- fers from dementia. One day, Man-soo's older brother, a gambling addict, threatens him for the contract to the shop after stripping him of everything, but Man-soo doesn't give in. But later on, his brother's unavoidable death, his mother losing her memory, and his girlfriend leaving him because of his poverty all became heavy burdens on him. Man-soo locks himself in his room for a couple of days and is then sent to a mental institution later.

Later on Man-soo comes under the delusion that he has become a millionaire. He issues blank checks to the patients at the hospital showing off his wealth. In particular, he likes the head nurse of his ward, Su-kyung. She has been taking care of her father who has been sick in the hospital for a long time. Su-kyung receives consolation from Man-soo's bright smile and warm words although he's a mental health patient. But behind this bright smile hides his madness, not knowing what or when something will happen.

After his scandalous films, YOON Jong-Chan came back with another story about wounded souls. The director used a horror plot in his outstanding debut "Sorum"to describe the mentality of people who have been hurt, and in his second film, "Blue Swallow", he told us a story about a woman aviator PARK Kyoung-won who was destined to fail. This time he has captured an idea from a short novel called 'Mr. Cho, Man-deuk' by LEE Cheong-joon.

The story line and main characters differ slightly from the original story, but it still reflects life at a psychiatric ward. The story begins as troubled Man-soo becomes an inpatient at a psychiatric ward. Man-soo has a flabby family and a gambling brother, who comes to the hospital and bullies Man-soo for her credit card. These sad and angry memories about his family always ties Man-soo down and he tries to hide behind the world of his own creation. Soo-kyung, a nurse, who watches Man-soo everyday, is not exactly having a great life, either. She has a broken heart and also tries to recover from sad memories with her family. Where these two main characters meet is where all the wounded souls stay. HYEON Bin's transformation into a sad inpatient and the clean image of LEE Bo-yeong stands out in the limited space of the psychiatric ward. The title of this film is a bit of a paradox, but clearly states the wish that we all have for a happier life.