How to Live on Earth 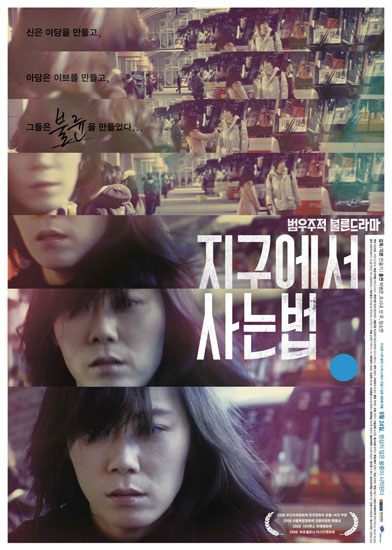 As usual Yeun-woo wakes up in the morning but everything is unfamiliar to him. He can only recognize that "It's still earth" he doesn't even know where he comes from. Yeun-woo lives writing poet depending on his wife, Hae-rin and they doubt they love each other. One day, Yeun-woo meets subtle charming Se-a and realizes he can communicate with her by telepathy. Hae-rin is an undercover agent who is in charge of national top secrets and got a fake marriage with her husband to observe him. She has felt sorry for her husband and disobeys government's order which is killing his husband's lover. Yeun-woo is thrown into confusion because of the relation with veiled people and tries hard to recall memories to get out of the confusion. However, he is confronted by the unexpected huge fact.