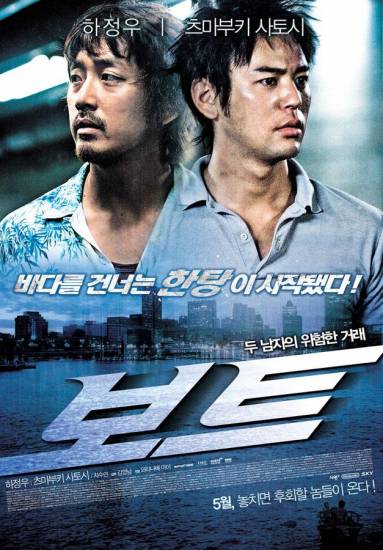 Also known as No Boys, No Cry

Hyung-gu, a young Korean, visits Japan by boat three or four times a month to help with middle-aged Bo-gyung's smuggling business. It is always touru, a young Japanese man, who welcomes him there. Hyung-gu and touru sacrifice themselves for the sake of their families, money, and friendship. One day, Bo-gyung ordered them to kidnap a woman named Jisu and take her to Japan, and this changes their future in an unexpected way. Hyung-gu, having met touru, suddenly feels responsible for his family. Meanwhile, touru, who used to take care of everything, feels liberated after meeting Hyung-gu. In spite of the language border and the difference of surroundings, the two young men from Korea and Japan go through a piece of a blossom of youth together. through the use of a boat as a visual metaphor, this film raises the question of solitude of a man and communication among people.

"Boat" is a coproduction between South Korea and Japan It was formerly known as "House", alternative title : "No Boys, No Cry"