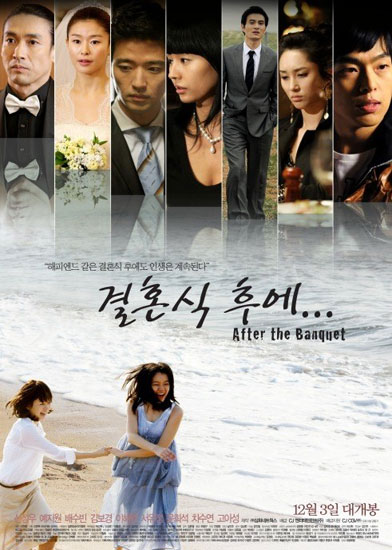 "After the Banquet" is a co-production between South Korea and Japan. After never having seen each other for years, a group of college alumni in their 30's gather at one of their friend's second wedding. The core members composed of mainly men had one woman who they were anticipating to see at the wedding. However, they were surprised to find the woman's daughter come to the wedding, creating a tense atmosphere of curiosity. They soon realize that the daughter came on behalf of her dead mother and was in fact looking for her dad who was actually at the reception.