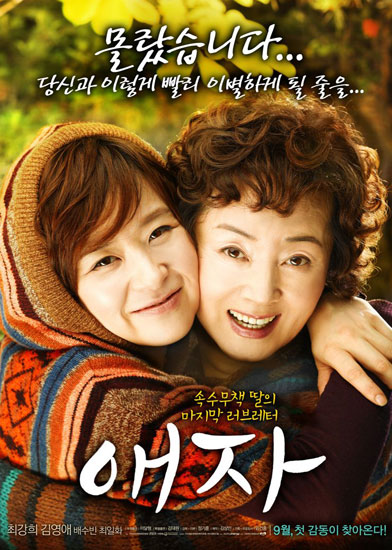 Alternative title : "Goodbye Mom". Park Aeja (Choi Kang-hee) was known as the " Tolstoy of Busan " when she was in high school. Dreaming of a career as a professional novelist, she moves to Seoul after graduation. Years later, Aeja is a 29-year-old woman with huge debts and a boyfriend who is cheating on her.

But Aeja remains confident and proud of herself. That is, except in front of her mother, Young-hee (Kim Yeong-ae), who disapproves of her daughter's wild and free-spirited life. On her brother's wedding day, Aeja plans revenge on her mother by staging a surprise event that nearly ruins the happy ceremony. Aeja is pleased with the results, but later that day she gets a phone call from the hospital saying her mother has collapsed.