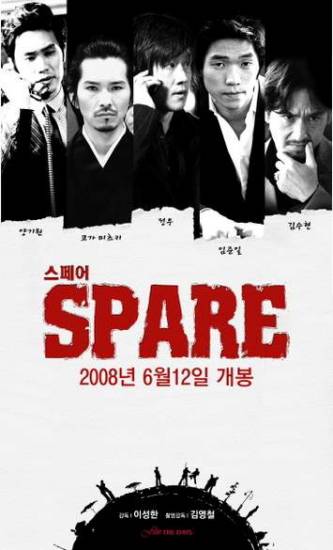 Gwang-tae decides to sell his organ to pay off a private loan and asks Gil-do to do so. But Gwang-tae, owing to Gildo's trickery, finds a way out with the yakuza, Sato.

"Spare" boasts what it calls "100-percent real action" free of stuntmen, CGI and wires. So, those walking into the cinema expecting high-flying kicks and gritty fistfights will be surprised to find that the film actually relies little on action to enthrall the audience.

With the use of self-reflexive post-production effects, discontinuity editing and an endearing aloofness, "Spare" resembles a Korean incarnation of Guy Ritchie's "Snatch". complete with its McGuffin in the form of a liver donor.