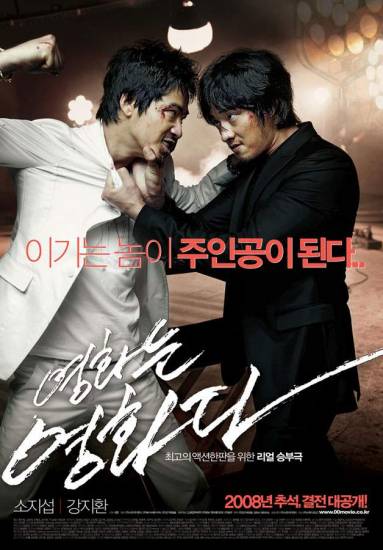 Gang-pae, #2 in his organization, is swamped with routine violence, and his dream of becoming an actor never went away. Star actor Soo-ta lives behind a veil, away from public eyes. Over time his behavior becomes increasingly agitated, provoked by paparazzi wanting a piece of him wherever he goes. This behavior puts him in a series of spiraling and uncontrollable situations. Now he begins shooting a new movie playing a gangster. Because of his bad temper, he beats up a fellow actor and forces the production to a halt. Feeling responsible, Soo-ta requests Gang-pae, whom he met by chance, to play alongside him in the movie in order to save the production. Gang-pae agrees with the condition that the violence portrayed in the movie has to be real and not fake acting violence. Soo-ta accepts the condition and they get ready for the real match.