Portrait of a Beauty 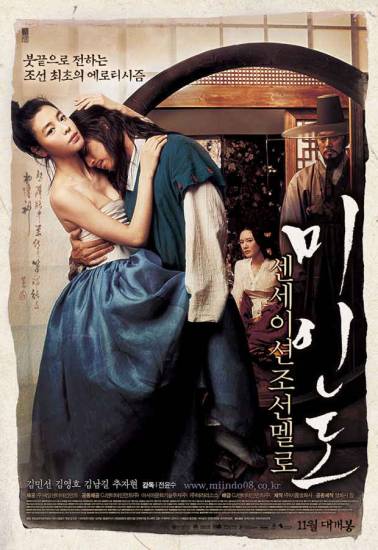 Born to a family of established court painters, seven-year-old Yun-jeong is a young girl gifted at painting. However, the pressure is on her brother to carry on the proud family tradition, as women aren't allowed to become professional painters. While her brother trains to take his place in the court, Yun-jeong helps him out by secretly painting for him. The little girl's life is turned upside down when her brother kills himself. In order to preserve the family honor, she is forced to take her brother's name and lives as a man. Yun-bok's genius and talent captures the heart of another great master of the time, Kim Hong-do. But her daring depictions of women are condemned by the royal institute as obscene. Yun-bok meets Kang-mu and falls deeply in love. For the first time, she feels the strong desire to abandon everything she has built and simply be a woman in front of the man she loves. Kang-mu sacrifices all for his love as well. Kim Hong-do, who loved the genius of his best student, ends up loving everything about her, and Seol-hwa, a Gisaeng at the courtesan house, possesses a love for Hong-do that turns into fatal jealousy. The secret behind Shin Yun-bok's masterpiece, Portrait of a Beauty, is finally revealed after 250 years of silence.