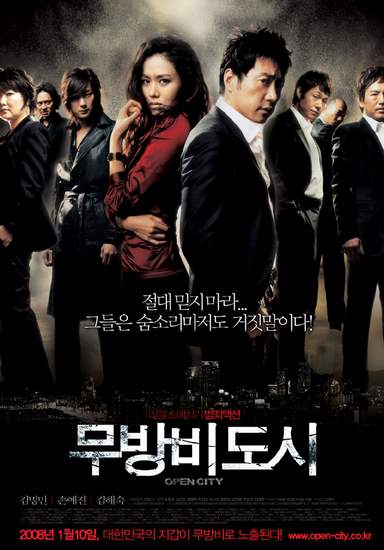 Son plays Baek Jang-mi, which means "white rose" in Korean. If the name is too tacky, so be it. After all, her role is tackier -- a female boss of a small pickpocket ring keen to expand its territory in Seoul.

Baek Jang-mi draws some attention from authorities in both Korea and Japan by staging a series of high-stakes pickpocket forays in Osaka. Once she returns to Seoul, local police duly begin to track her every move, though her official job is a tattooist clad in a revealing dress.

Another dangerous woman named Kang Man-ok (Kim Hae-sook) comes into play. Kang used to be a veteran pickpocket, and the list of her crimes and convictions is quite long. As soon as Kang serves her time in prison, she encounters her former ring member, Baek Jang-mi, who hides her thorns inside.

Baek has set up a new pickpocket team and she wants Kang to lend her legendary hands so that they can hit it big, while conquering the lucrative market areas such as Myeongdong and Dongdaemun.

But the old "stealthy" hand expresses her will to stay clean by chewing none other than the sharp blade, a key tool used for stealing money from unsuspecting merchants and ordinary people.

What Kang does not foresee in her right decision to avoid the crime scene is her crisscrossed past, which has compromised her future. At the end of the lethal human spectrum stands Cho Dae-young (Kim Myeong-min), a talented detective who has a traumatic experience about his mother...