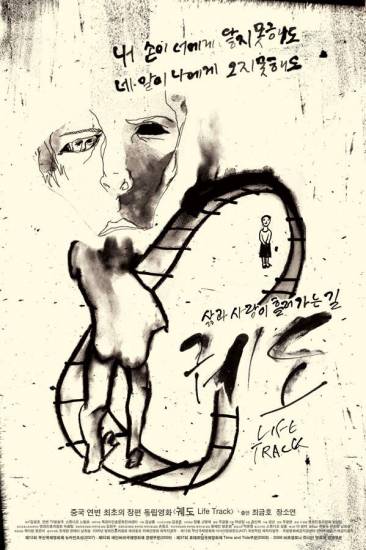 "Life Track" is a co-production between South Korea and China.

Zezhu lived a simple life in a small house in the country. One day he met a sick deaf girl named Xiangshu. Having killed a man who was attempting to rape her, she fled to the country to escape arrest. Zezhu took her in and gradually they learned to trust each other. Unresolved conflicts in his relationship with his late mother then complicated his feelings for Xiangshu.