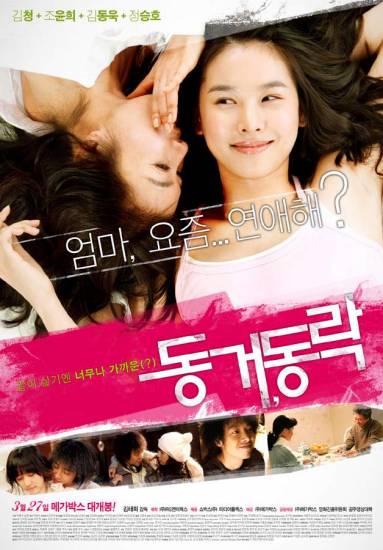 Happy Together reveals the intimate details about the sex lives of two women representing contrasting generations. Jo Yun Hee (Taegukgi: The Brotherhood of War) stars as the young daughter and, in a brilliant casting, her on-screen mother is veteran actress Kim Cheong (Shinsukki Blues) who attempted her very first bed scene in the nearly 27 years of her career. Also, joining the cast is young blood Kim Dong Wook (No Regret) who teams up with Jo in delivering one of the most talked about love scenes in the film. Yu Jin (Jo Yun Hee) just can't get enough of her massive sexual appetite. Frolicking with her current beau Byeong Seok (Kim Dong Wook) every chance she gets, Yu Jin is all smiles these days.

But Jung Im (Kim Cheong) is more than touched by her daughter's whimsical gesture, though it looks like her sexual drought is about to end after running into her first love of 20 years. But now bad luck seems to fall on Yu Jin as her boyfriend wants to break up with her after bumping into Jung Im and her new beau. Just what is the real reason behind the sudden breakup?