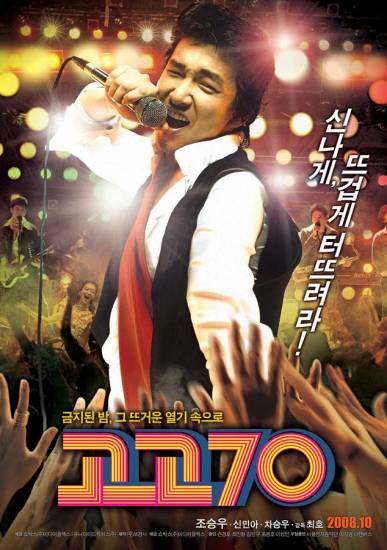 The 1970s of Korea was the dark ages of military autocratic regime as well as an era of revolutionary upheaval of pop culture lead by energetic youth. After wandering the shabby clubs of a U.S. military campside town, singer Sang-kyu and a guitarist Man-sik forms a rock group 'Devils' with four other members. They enter a rock band contest and make a strong impression with their shocking yet amusing performance. Devils achieve stardom playing at a club called 'Nirvana'. Mimi, a groupie who followed Devils from the town, also becomes an icon with her dance moves and fashion. However, their heydays don't last long as they lose one of the members to a fire at the club. To make matters worse, clubs are faced to be shut down due to oppressive rule of military dictatorship, which will fundamentally take away their chances to sing. Despite all the despair, Sang-kyu plans another passionate concert for the Devils.