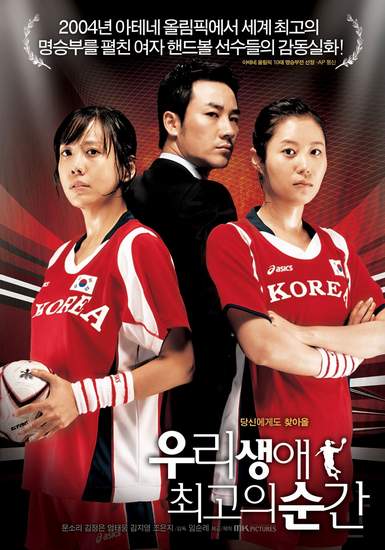 Korea and Denmark had shared four Olympic titles for women's handball from 1988 to 2000, with the Danes winning the latter two. The two dueling teams met again as finalists in 2004, and the pulsating game continued long and hard with a tie score leading to two killer overtimes and a penalty throw showdown.

Korea lost, but won what many call a silver medal that shines more brightly than the gold. At the time, Korean women's handball was at its worst state ever, and players who should have been retired joined the national team to face the indefatigable Denmark. It was a miraculous achievement - "the greatest moment of our lives" (the film's title in Korean).