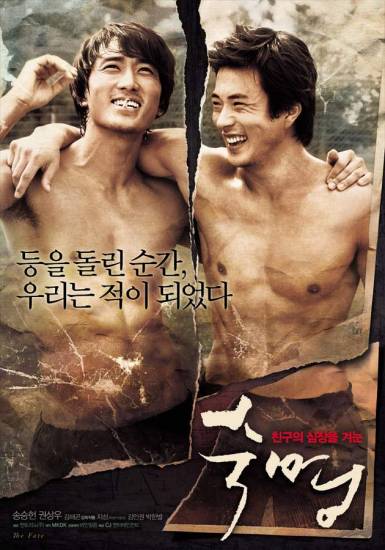 In the dark criminal world of Seoul, U-min (Song), Cheol-jung (Kwon), Do-wan (Kim In-kwon) and Yeong-hwan (Ji Sung) are close friends in a gang. One day, with the help of an older member Gang-seop (Ahn Nae-seong), U-min, Cheol-jung and Do-wan attack the gang's casino so they can start new lives. But their plan goes awry when Cheol-jung betrays them, and U-min goes to prison. He becomes the scapegoat to save his friends' lives.

After serving his time, U-min wants to stay out of trouble but is drawn back into the underworld when he sees what has become of his friends: money and power-hungry Cheol-jung continues to betray others as he climbs up the gang ladder; Do-wan is a drug user; Gang-seop is missing; and his girlfriend Eun-yeong (Park Han-byul) has left him to run a bar as the boss' mistress.

As U-min tries to solve the situation, however, unfortunate twists of fate set off one misunderstanding after another. To make matters worse, the mob boss and right-hand man Yoeng-hwan get them involved in a huge drug deal. Once again thrown into a game with high stakes and big cash, the once best friends must fight one another for their lives.