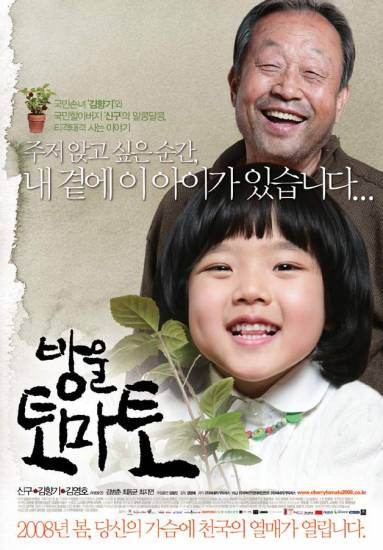 "Cherry Tomato" depicts the poverty-stricken life of an old man and his granddaughter in a realistic way that evokes a strong sense of sympathy. But the ultimate emotion the film triggers is, for better or worse, helplessness. The debut feature by former television producer Chung Young-bae wastes no time highlighting the key theme: poverty. Park-gu (played by veteran actor Shin Gu) is barely scraping by with his granddaughter Da-seong (Kim Hyang-ki), and their life is unbearably miserable.

Living in a shabby, rented single room, they do not have enough money to feed themselves. Park-gu works as a porter for a shopping mall in Seoul but he soon finds himself kicked out of the place. In his 70s, Park-gu tries to survive by collecting papers and recyclable material on the street, but the money he earns is always too small to buy a decent meal.