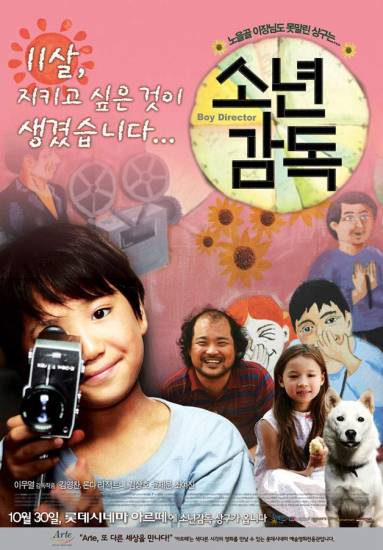 Mt. Nochu is in Jungsun County, Kangwon Province, halfway up the Taebaek Mountains. We arrive at the Noeul Village which is the background of the film. It is a calm village where the wide spread buckwheat fields beautifully surround the village. On their way home from school, Sang-gu and Min-hee see the village chief (Min-hee's father) talking with the strangers, who come to the village by cars, in the common yard. The residents there including the village chief have accepted the proposal that a company would build a training institute in the common yard. In order to keep the common yard where his deceased father's mural is, Sang-gu asks the village chief not to destroy it. It is impossible, however, for a mere child to change what has been decided by all the villagers. He gives up persuading the village chief and decides to make a film of the mural (his father's work) with an 8mm camera, his father's memento. Min-hee opens her piggy bank and Sang-gu leaves for Seoul with her money. Riding on a train, he asks her to protect the mural until he returns from Seoul and tells her he would bring her news about her Russian mother.