A Man Who Was Superman 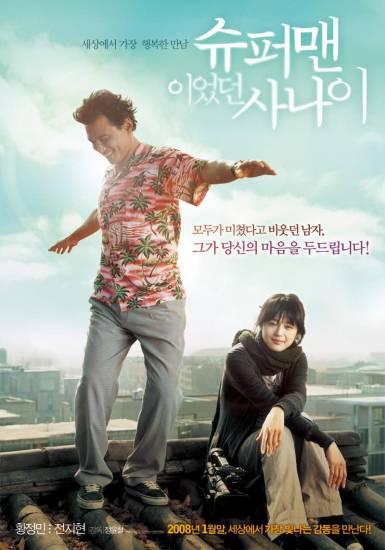 The two join forces in "A Man Who Was Superman," a story about an unlikely "hero" (Hwang), who goes out of his way to help -- or rescue -- the planet by helping senior citizens cross the street and hand-standing in the middle of the road "to push away" the detrimental effects of the sun. Jun plays the role of Song Su-jeong, a cynical documentary filmmaker who records his story.

Kryptonite is a fictional substance that weakens Superman's powers in the original American comic series. In the movie, his character claims to have kryptonite stuck in his head, and when Song (Jun) discovers through an X-ray that there really is something in his brain, she knows she has the story of her life...