With A Girl Of Black Soil 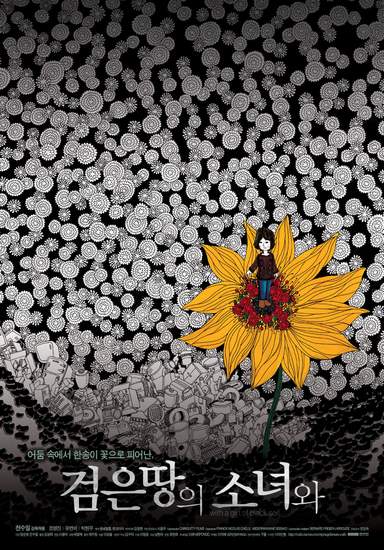 In the village of Kanwon where a few mines remain, a little girl(age 9) Young-lim lives with her brother(age 11) and her father(age 45) who lost his job at the mine because of black lung disease. Her father tries to search for another job, but it is very difficult for him. He is disappointed and he won't stop drinking. He wants to enter the hospital. For enter ing the hospital, he has to have another disease beside black lung disease. Young-lim thinks that her father can enter the hospital if he will drink a small but of rat poison. She tries to put in a little rat poison in her father's soup ....