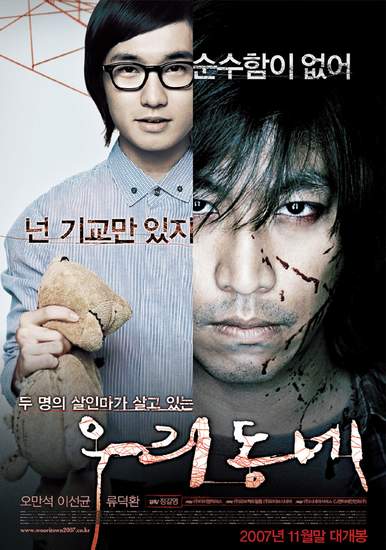 Kyung-ju is struggling novelist who writes violent and gory murder mysteries. When a fierce argument with his landlady ends in her death, he stages the killing so that it would appear like the serial murders that have been occurring in his village recently. Anxious that the police might realize the latest killing was a copycat murder, he begins his own inetstigation to track down the killer with help of his detective friend.