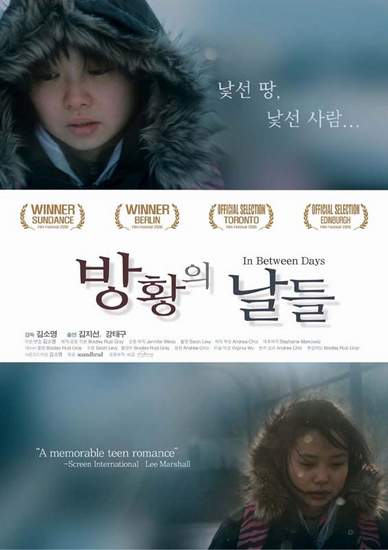 "In Between Days" is a joint production between the USA, Canada and South Korea.

Aimie, a newly arrived Korean immigrant teenager, has fallen in love with her best and only friend, Tran. She tries to express her feelings for him, but is scared of losing their friendship. Their misunderstood affection for each other creates a delicate relationship that is challenged by the demands of living in a new country. To spend more time with Tran, Aimie drops out of her English class, which she is failing. She fights against her mother who wants to remarry and then realizes she's losing Tran to an Americanized Korean girl. Aimie's world becomes more isolated, until she is forced to look inside herself for answers.