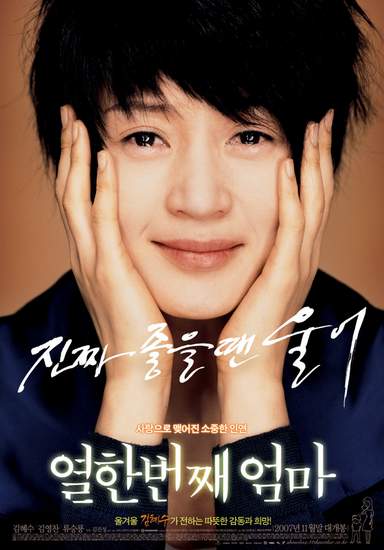 A woman suddenly appears at Jae-su's house. Nothing in her hands, nowhere to go, the womans empty eyes meet with round eyes of the eleven year-old boy. He regards the woman as another person who'll leave and does not put any effort to get to know her. Every chance he finds, the boy scolds the woman, saying she eats too much, sleeps like a pig and uses up all utilities. The two of them are neck-to-neck with complaints until she learns of the boy's sad history and he discovers her diabetes. The boy already had 10 stepmothers in the past. Out of the blue the boy's father shows up and begins beating the boy. She tries to stop him and they find themselves in a common ground. A warm relationship between the two begins to build up slowly, not aware of the eventual separation that is just around the corner.