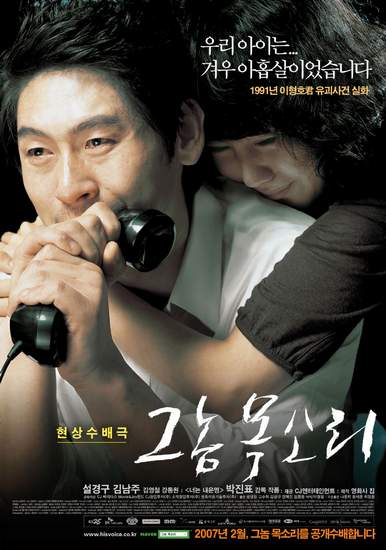 One day, the only son of famous news anchor, HAN Kyung-bae, disappeared without a trace. Soon, the kidnapper calls the nine-year-old boy's mother, OH Jisun, demanding $100,000 as ransom. The police assign veteran detective KIM Wook-jung to the case and assemble a top-notch task force under his command. However, the kidnapper constantly outwits the police traps and keeps calling the parents with yet another instruction for the money drop. The only clue the police and the parents have is the kidnapper's voice recorded on the tape; his cultured, but emotionless voice, which often gives anyone who listens goose bumps. The parents become restless and angry as days turns into weeks, and one day, when the kidnapper calls HAN Kyung-bae with another set of instructions, he turns the situation completely around and demands a direct confrontation. He starts giving instructions to the kidnapper, and...