The Houseguest and My Mother 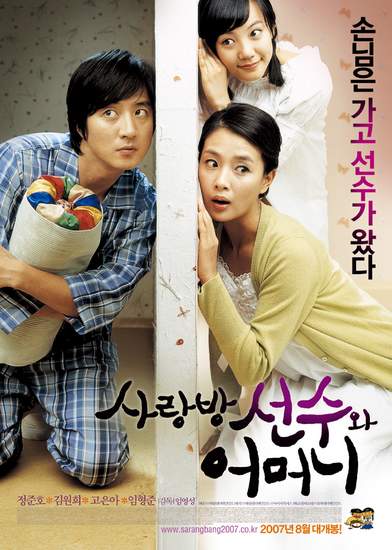 Hae-ju is just 15 years older than her daughter Ok-hee. Despite her pretty looks that have the young men of her town restless, she is often mistaken as the daughter because of her severely naive nature. But she is still a respectable mother who raises her daughter alone on the money she makes from her beer pub and bed & breakfast guest room. One day, a man from Seoul comes to stay at her guest room. Tall, good looking Duk-geun steals Hae-ju's heart from the day he arrives. Hae-ju dreams of romance with him. She cooks eggs for his every meal and hand-washes his laundry in hopes of being noticed by him. Ok-hee is not pleased with the way her mom is around Duk-geun. And Sung-chil, a town bachelor who has a crush on Hae-ju, starts to sense something between the two and also tries to stop them. On top of that, Duk-geun is a swindler with something totally different in mind. After 15 years of waiting, will Hae-ju's last chance at romance come true?