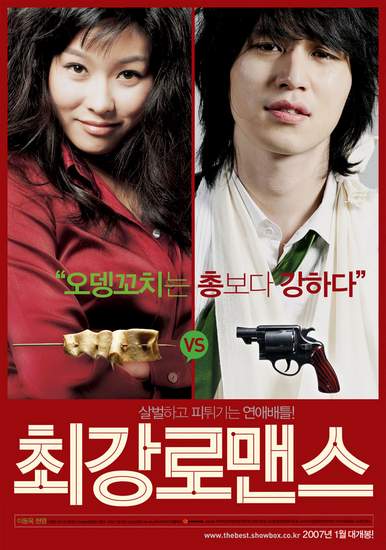 This self-described romantic comedy tells the story of the love between Choi Soo-jin (Hyeon Yeong), a newspaper reporter, and Kang Jae-hyuk (Lee Dong-wook), a detective. Soo-jin joined journalism full of dreams but without the capacity to change the world, and she is not happy hounding TV celebrities. Complaining about her life on the street one day, she has a disastrous first encounter with Jae-hyuk, who was chasing after a runaway suspect. Soo-jin happened to be eating a fishcake served on a wooden skewer with pointed tip, and the skewer happened to stab Jae-hyuk's belly, and he fell ill.

After this peculiar encounter, Soo-jin and Jae-hyuk find themselves fighting like cats and dogs. Yet, they continue their relationship as Soo-jin is told to work on a story about a detective, who happens to be Jae-hyuk. From then on, Soo-jin joins Jae-hyuk's crackdown on drug dealers, and they start to fall in love with each other after several ups and downs. The director dragged this out for for more than an hour, but to describe the details of this meaningless sequence would be to run the danger of putting our dear readers to sleep.