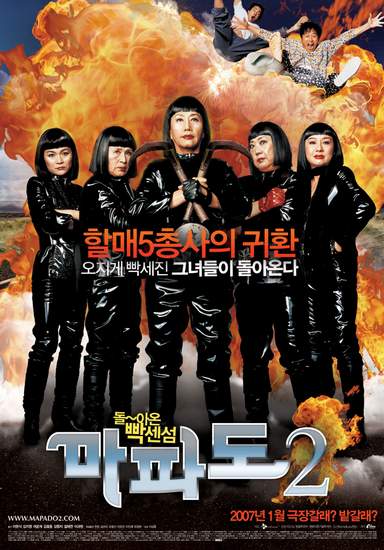 The comedy "Mapado 2" is the sequel to the 2005 hit movie about a group of eccentric grandmothers who are the sole residents of a strange island called Mapado. The original attracted more than three million moviegoers in Korea. Actor Lee Moon-sik plays a former detective whose secret mission is to track down the first love of a businessman from a big company.