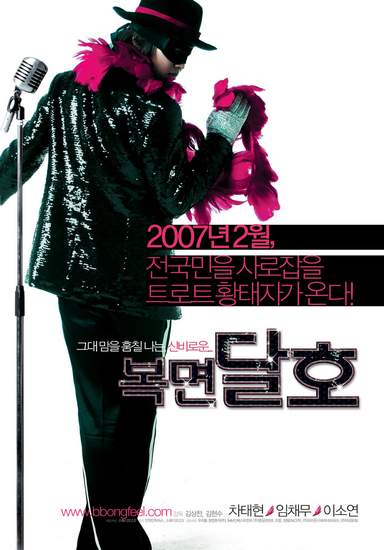 Dal-ho's only dream is to become a famous rock singer. To make a living in a small town, his rock band is forced to play enka (country music) in clubs instead of rockn roll. One day, opportunity knocks and he gets a chance to make a debut album. It is only after he signs the contract that he realizes he has to sing enka, not rock music. On his first stage debut, Dal-ho hides his face behind a mask out of shame. However, his voice rocks the nation and people's curiosity doubles at the popularity of the new star.