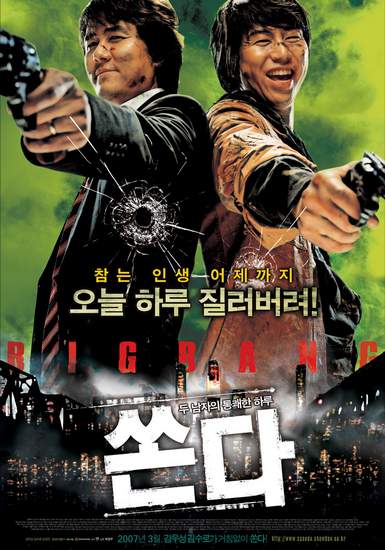 Office worker PARK Man-su, who has recognized no other authority than fidelity and diligence throughout his life, is confronted by a dead-end situation when he is informed by his wife that their relationship is over, and he gets sacked at the same time. An indignant Man-su goes over the edge. He begins to crack and starts to fight back against the everyday laws and regulations he encounters on his journey home. However, he is placed under arrest before long for the misdemeanor of urinating on the street by MA Dong-cheul, a demoted police officer. Meanwhile, the good-for-nothing YANG Cheul-gone, who wants to be sent to jail due to financial reasons, makes a disturbance in the police station. Cheul-gone incites Man-su to escape from the police cell and they run away with a rifle captured from Officer Ma. Now the situation is completely different. It spins out of control. They become vigilantes as they gradually begin to accumulate weaponry and start to force representatives of "injustice" out of their way. The raging police officer Ma denounces them as dangerous antisocials and follows them in hot pursuit.