Before The Summer Passes Away 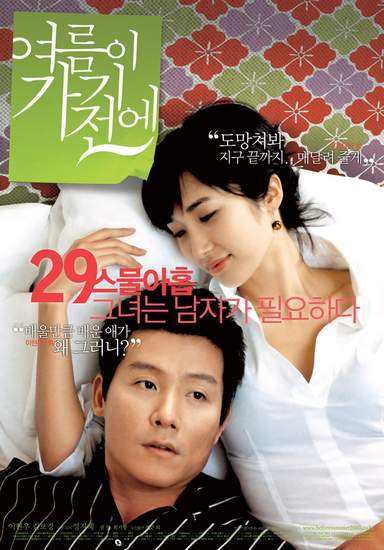 So-yeon, a 29-year-old woman studying in Paris, spends her summer vacation in Seoul which she hasn't visited for a long time. The reason she visits Seoul is to meet a man named Min-hwan, a divorced diplomat whom she went out with for more than a year while he was working in Paris. When they met in Paris, she grew fond of him. But she felt that his tendency to meet her in secret and his reluctance to introduce her to others stemmed from Min-hwan's inability to forget his ex-wife. This friction caused them to separate, reconcile and separate again and again. In Seoul, So-yeon wants to confirm his love for her and her future dream with him, but things don't turn out the way she wants and summer passes by coldly. She decides not to meet Min-hwan again and tries to forget him by meeting another man who adores her. Fall arrives and the time to return to Paris has come.