With a Blue Sky 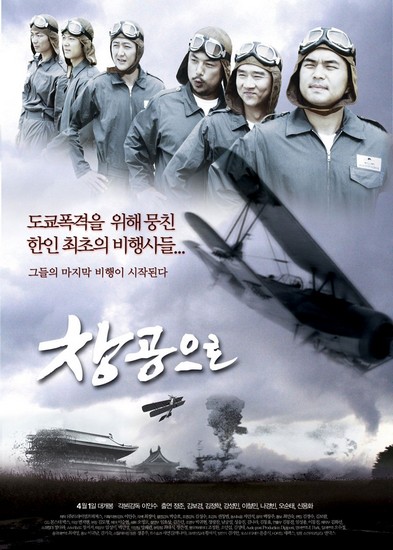 In 1920, a combat flight training school named "Willows" is founded in California. People who want to fight for Korea's independence from Japan gather at the school. Their mission is to bomb the palace of the Japanese emperor. The pilots' ardent desire for Korea's independence grows, but as they prepare for their mission, a spy in the school ruins their plans. However, KIM Ja-jung and the other pilots manage to get on board for what will most likely be their last flight.