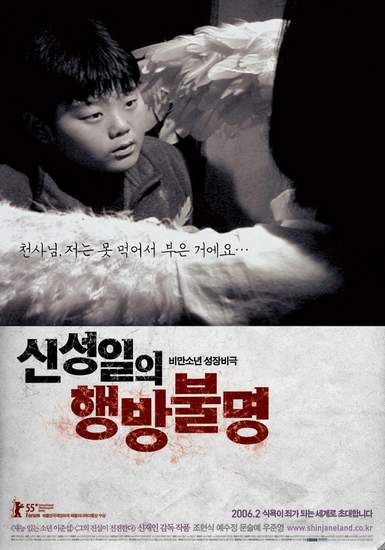 The film's lead actors are a deep-thinking, lanky boy whose namesake is the romantic heartthrob Shin Sung-il, and an arrogant, stand-offish little girl named Lee Yeong-ae, who says on her first day at an orphanage, "You know what corruption is? It's when you sleep with me. With a concentration that remains consistent throughout the movie, the director convinces us that the famous names aren't just to attract watchers; they are artful contrivances that breathe perception into the film.

The symbolism and metaphor in the movie are excellent. The outlandish doctrines that Shin feeds to the children, and the passive way in which they accept them, is a satire of the twisted leader-follower relationships that exist in the real world. Through the violence committed in the name of kindness, the movie indirectly portrays politics and religion, brainwashing, group hypnosis, and insurgent citizens.