See You After School 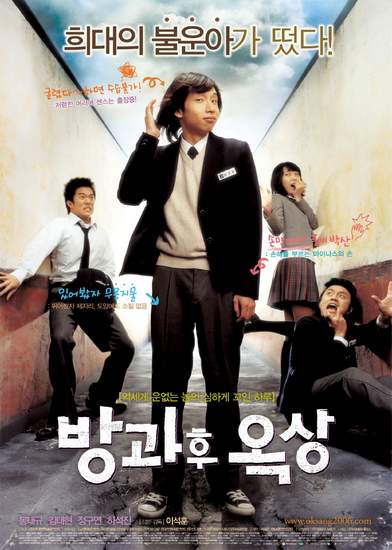 For Goong-dahl, nothing has gone right in his whole life. In an attempt to get rid of his 'loser streak,' he signs up for and fully immerses himself in a year-long psychological therapy program. Getting right out of the clinic and with high hopes for the future, Goong-dahl makes a fresh start in the high school battlefields. Goong-dahl manages to spot some losers who were bullying the school's most gorgeous student, Mina. But, alas! Due to a lack of information about the school's notorious thug Jae-koo, Goong-dahl mistakes Jae-koo as his prey. Naturally the tables are turned and Goong-dahl is challenged to a fight on the rooftop after school.