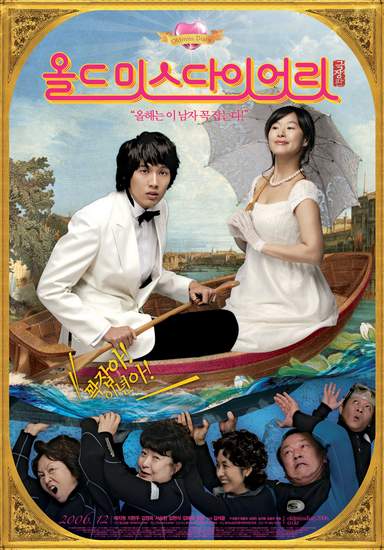 Mi Ja (actress Ye Ji Won, recently in "So Cute"), a down on her luck thirty-something woman whose life is going nowhere fast, and who seems doomed to live out her days as a lonely old maid. Things start to look up when she finally manages to land some work as a voice-dubbing actress, which brings her back into contact not only with a former crush, but a possible longshot love prospect in the form of handsome young producer Ji Hyun Woo (Ji Hyun Woo, also in the television series "Over the Rainbow"). This makes for all manner of complications, as does the odd behaviour of her three grandmothers, who seem to be making a late bid for romance themselves.