No Mercy for the Rude 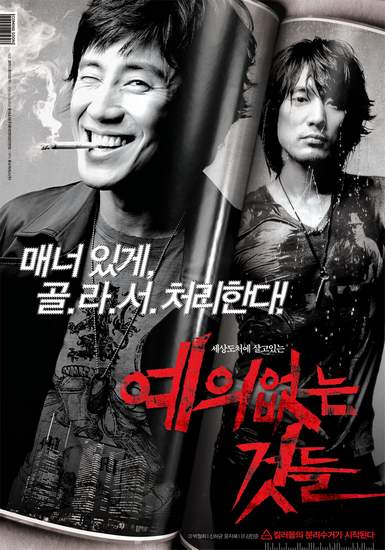 His name is Killa. Growing up as an orphan, he had been teased so much for being a lisper that he decided not to talk at all until getting a surgery that would make him talk clearly. Living all by himself, he spends his time doing only two things; watching bullfights on TV and eating seafood. He sometimes writes poetry and spends most of his time daydreaming about becoming a matador to fight face to face with a bull. In order to earn money for the surgery, he chose to become a killer. However, he has his own rule; kill only those with scary faces or with bad manners. Everything seems fine until his boss shows him a picture. The last prey he has to kill is the one who he has never expected to kill. And there is another secret hidden behind the mysterious client of this whack jo.