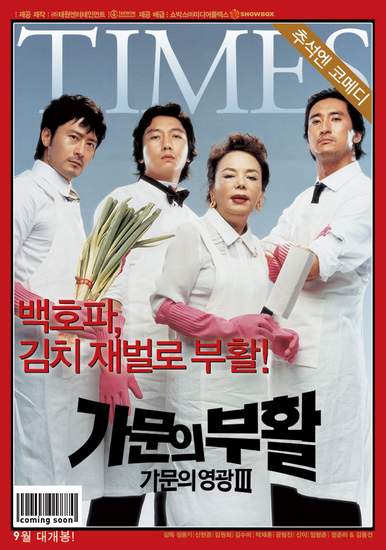 "Marrying the Mafia III", directed by Jeong Yong-ki, which debuted Thursday. It is the sequel to the hit of the same name released at about this time last year, "Marrying the Mafia III" went into production soon after its predecessor passed the 5-million viewer mark. But looking at the quality of the sequel, it seems to be a repetition of the comedic moments of the original more than anything else. The movie centers on an evil lawyer (played by Kong Hyeong-jin) from the first movie. He is released from prison and begins to threaten the Lee family of gangsters, with results predictable but perhaps still amusing to viewers of the first movie.