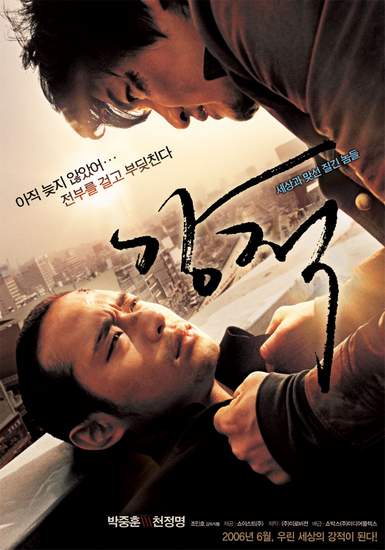 Su-hyun wants to leave the syndicate and opens a small restaurant. Helping his life-long friend from an orphanage, he gets arrested for a murder that he didn't commit. To catch the real killer, he hurts himself in prison and is transported to the hospital. Sung-woo is a homicide detective. His wife has left him, and his son's life is in jeopardy. He can't afford to pay the hospital bills, not to mention the liver transplant needed to save his son's life. To make matters worse, he gets reprimanded at work for walking out on his undercover post, which led to the death of his partner. Having gotten drunk out of guilt, he creates a scene at the funeral for his late colleague and gets kicked out, only to end up becoming a hostage of a jail breaker, Su-hyun.