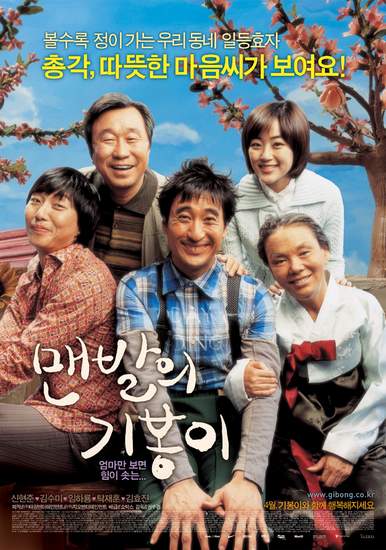 Ki-bong, who suffered from a fever when he was a child, is commonly called a 'fool'. The village people call him 'Barefoot Ki-Bong' because he runs barefoot with food he has begged and serves his mother before it gets cold. Running is Ki-Bong' greatest skill. It is his mother that Ki-bong loves the most. Ki-bong decides to take part in the National Amateur Half Marathon' in order to buy artificial teeth for his mother with the prize money, and works hard looking forward to the day of the race. Mr. BAEK, the head of the village, volunteers to be Ki-bong's trainer. The village people realize what family and love between family members mean to them when they see Ki-bong, who is considered a non-entity, working hard for the competition. The village gets changed by the efforts of Ki-bong and Mr. BAEK.