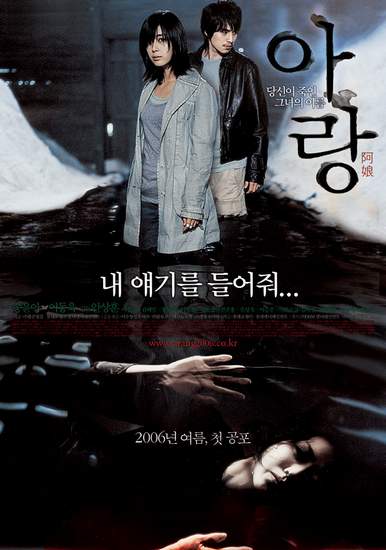 A veteran detective So-young and her rookie partner Hyun-gi come across incendiary homicide case. They discover that the present case is related to the mysterious death of a girl ten years prior. So-young becomes plagued with nightmares in which the girl appears, and the killings continue. The girl is actually Min Jeoung, Hyun-gi's first love. Those who died are killed by Hyun-gi by giving them a cigarette that is inlaid with a kind of gas which stimulates heart attack. Those who have the cigarette raped Min Jeoung 10 years ago in an abandoned salt house. Hyun-gi was forced to tape the incident as he was wounded when he saw Min Jeoung and her lover making out in the salt house at graduation day. Hurt, he agrees to tape the incident when the group who plans to rape Min Jeoung persuaded him. Min Jeoung's lover, who came by to save her, was killed by one of the group members. Min Jeoung was said to have gone mad and disappeared after that incident, but in fact she was pregnant and buried under a mound of salt after one of the police officer who handled the rape incident tricked her into the salt house and locked her inside, burying her along with her unborn child. Hyun-gi threaten the police officer to go to the salt house and dig out Min Jeoung. So-young catches upon both of them and also, threaten Hyun-gi to put down his gun. Hyun-gi pleads with So-young to kill him, but So-young refuses, saying that she will let him live in regret and make him watch his children suffer after him, whispering in his ear when he's dying and said that his life is no better than a stray dog. Hyun-gi state that he can't bear and afraid to live that kind of life and ends his life by committing suicide. The water that rains down on that day washes away the salt that buried Min Jeoung, and slowly, Min Jeoung's body is revealed along with her dead baby between her legs. Her corpse is not rotten, thanks to the salt that preserved her body. The forensic doctor state that when a pregnant woman died, gas formed inside the body. The gas pushes the baby out even after the mother is dead. So-young was once violated by an unknown man with a scar on his right hand when she was young. She stated that the reason she becomes a police officer is to find that man and kill him. After the incident, the man who once violated her, now a father and a successful businessman, mysteriously died in a hotel room. It is said that the night before the man died, So-young dreamed about the girl and herself wearing white dresses smiling and laughing together in the salt house. She concluded that the dream she had signified that Min Jeoung had helped her take her revenge by killing the man, and after that So-young quit her job as a police and becomes a writer.

At the end of the film, there's a myth said to relate to the movie. The Legend of Arang 400 years ago states that there's a village full of new magistrate that is killed mysteriously. That is why no new magistrate dares to go to the village to be appointed. However, there's a new magistrate willing to go to the village. He found out that the spirit of Arang is full of hatred and revenge because she was raped and killed. After that, he helped the spirit to catch the culprit who raped and killed her, sending the culprit to justice. He found Arang's corpse and buried her. It was said that because of her hatred, her corpse did not rot when it is found after so many years.