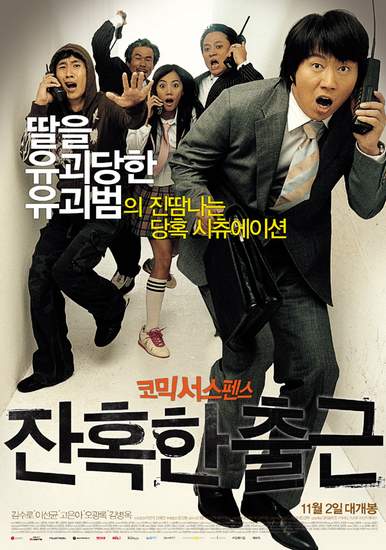 Dong-chul is a typical "salary man", a doting father and a loving husband. But he's got a secret that's catching up with him fast. He can barely pay the interest on a debt he has to repay to a sinister loan shark. To make matters worse, the due date on the principal is approaching like a runaway train. When he gets caught up in a kidnapping scheme with his friend Man-ho, he finds out exactly why he makes a pretty terrible kidnapper. He fumbles with the rope when tying his hostage up and he can barely make the ransom call. So when she gets the call from the kidnappers who took his daughter, he's caught between a rock and hard place.