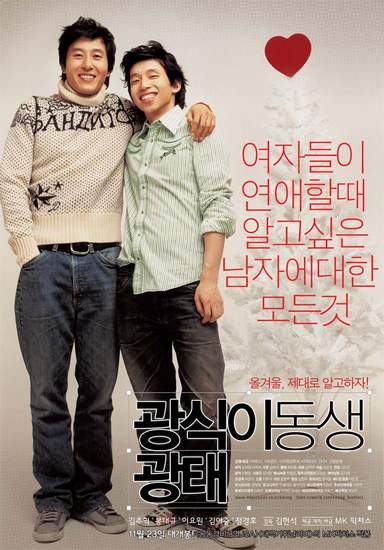 Two brothers, Kwang-sik and Kwang-tae, have very different attitudes toward women. Kwang-sik is extremely shy and can't say a word to a woman. But Kwang-tae is a playboy who just sleeps around. One day, Kwang-sik meets Yoon-kyung for the first time in seven years and he tries to confess his feelings to her, in his own way. Similarly, Kwang-tae meets Kyung-jae during a marathon and he tries his own ways on her. At first Kwang-sik still finds it very difficult to even talk to Yoon-Kyung and Kwang-tae thinks of Kyung-Jae as yet another temporary conquest, but in each case something changes in the brothers. Will they be able to love this time?