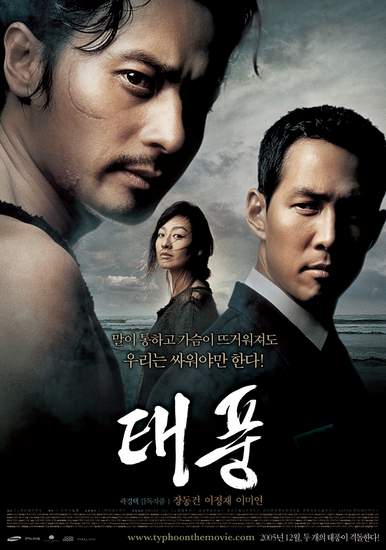 An American ship carrying weapons technology for a military satellite is hijacked by Sin (Jang Dong Gun) and his crew of pirates. Having stolen the technology, Sin intends to release and detonate a fleet of helium balloons loaded with radioactive waste over the Korean peninsula.

Sejong (Lee Jung Jae), is secretly sent by the South Korean government to find and apprehend Sin before his genocidal plan is carried out. In order to do that, Sejong discovers that Sin has a sister living in Russia. When he finds her, he discovers that when Sin and his sister were young, their family tried to escape from North Korea as they wanted a better life. but unknown to them, the person who was supposed to ship them to China to enter South Korea had betrayed them to the police. Knowing that his family and the others who are trying to escape are going to be killed, Sin's father grabs the lieutenant in charge and urges everyone to flee. Amongst the chaos, Sin, his sister and their mother manage to escape but unfortunately, the soldiers catch up with them. In a bid to save her children, their mother is shot. Before she draws her last breath, she urges them to forget about her and run to escape.

Sin and his sister hide among the bushes and manage to escape. They travel to China on foot and in order to keep her and her brother from starving, his sister went to steal food from peoples' home. But when she was stealing food from a farmer's house, she got caught by the farmer himself. When he saw that she was a girl, he raped her and sent her away with some buns. Sin's sister wipes away her tears as she walks to the place where her brother is hiding and gives him all the buns to eat himself even though she was starving. When her brother offers her one, she lies that she has eaten already.

She then walks out of the place under the guise of exploring to look for tree bark to eat. As she munches on the tree bark, she sings a song about how she misses her family and home. But a cruel twist of fate separates them when they were at a train station. Sejong begins to sympathize with Sin and his sister. He even says, in a letter to his mother, that he would like to be friends with Sin in another world.