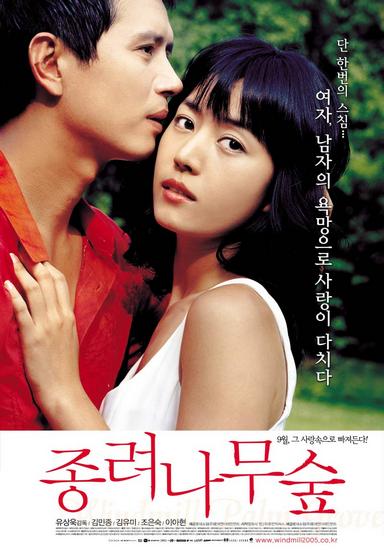 Synopsis CHOI Sung-ju, a high-ranking executive at a company, becomes attracted to a man she meets on a blind date. She boards the Gangneung-bound bus which carries the man on his way to a special lecture at Gangneung University. Confronted with her aggressive means of proposing marriage, the man confesses to her that he has one burden on his mind which he has not yet resolved.

In-seo, a Yale law school graduate who was even selected by Fortune magazine as one of the ten most promising Asian lawyers specializing in patent rights, begins to tell Sung-ju a story that has haunted him for a couple of years. Sung-ju suspects a woman behind his recollected memories. To her surprise, the object of his obsession turns out to be a working girl at the Geojae Shipyard whom he met during his sojourn at the island as a patent rights lawyer for the company. Sung-ju pre-judges that In-seo is tormented by a trivial memory of a worthless woman. Sung-ju and In-seo begin to make a wager on how this apparently nonsensical story of love is about to be concluded.