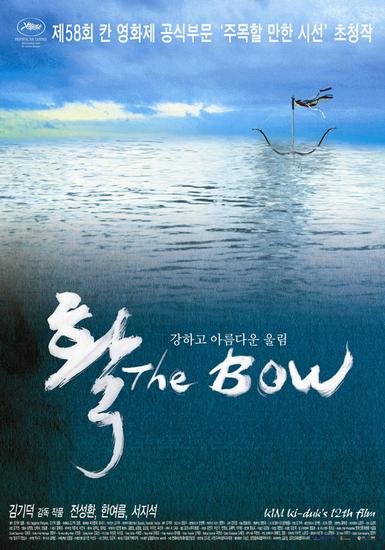 The Bow (Korean title: Hwal) is a 2005 film written and directed by Kim Ki-duk. The movie is primarily centered around a 60 year old man and a 16 year old girl living in near seclusion on a fishing boat. It is agreed that they will marry when the girl turns 17. Much like other movies by Kim Ki-duk the film contains very little dialogue.