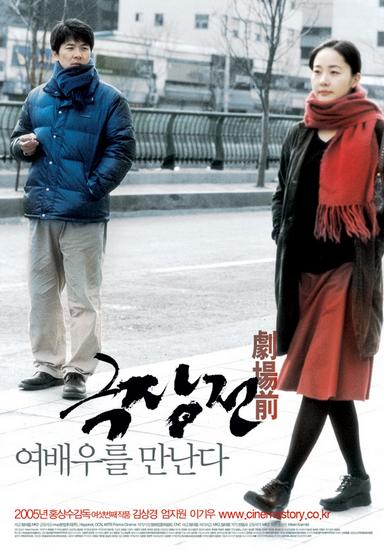 Hong was back for the third time at the New York Film Festival with this appealing self-reflexive look at ineffectual young men who happen to be filmmakers. The first segment is a film about such a man (Lee Kiwoo), who is tall and handsome but directionless. He meets an old girlfriend (Uhm Jiwon) and eventually talks her into committing suicide with him, though the attempt ends comically.

Ten years later, the star, who was also the director, is now famous and ill. His co-star, the girl, is a successful actress. She encounters a classmate of the filmmaker, also handsome, now down on his luck, who claims his story was appropriated in the film, and it seems like it is going to repeat itself as he gloms onto her and they spend a drunken night together.

Whats interesting is the way Hong slides from glamorous ennui to comical mediocrity in his meandering New Wave-ish sequences in a brightly lit but tacky urban Korea. Is Seoul really anything like Paris? Perhaps not. But Hongs sweetly melancholy film with its gentle convolutions lingers pleasantly in the mind  despite the slightly too-easy irony of its finale with the once suicidal director now