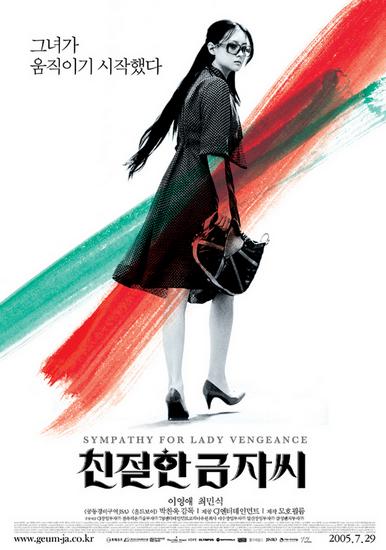 Sympathy for Lady Vengeance is a 2005 South Korean film by director Park Chan-wook. Its original Korean title is Chinjeolhan geumjassi, which translated literally means 'Kind-Hearted Ms. Geum-Ja'. In the UK and North America, the film has been screened under the title Lady Vengeance. The film is the third installment in Park's The Vengeance Trilogy, following Sympathy for Mr. Vengeance (2002) and Oldboy (2003). It stars Lee Young Ae as Lee Geum-ja, a woman released from prison after serving the sentence for a murder she did not commit. The film tells her story of revenge against the real murderer.