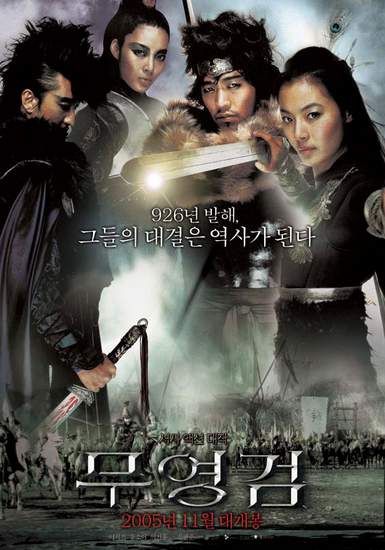 Shadowless Sword is a 2005 South Korean film. A martial arts epic filmed in China, the film follows the exploits of the last prince of the Balhae Kingdom, who hides his identity in a small village until he is called to battle invaders from Khitan. It was released in North America, the United Kindgom and Ireland by New Line Cinema on DVD as The Legend of the Shadowless Sword.