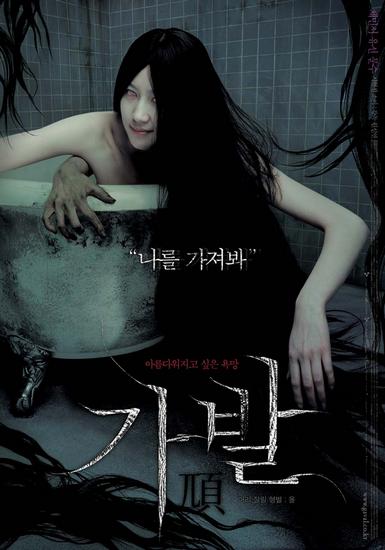 A young woman named Su-hyeon (Chae Min-seo) is struggling against cancer and her older sister Ji-hyeon (Yu Seon) decides that she should take her home so that she really can enjoy what little time she has left rather than to spend it in a hospital. She buys a wig for her so that she can go out without having to feel ashamed of herself, what she doesn't know is that the wig is cursed. Su-hyeon is so happy with the wig on, feeling that she looks prettier and better until one day when Su-hyeon washes the wig, Ji-hyeon notices a ghost in a wig and has to destroy the wig.

The cancer comes back to Su-hyeon and she has to go back to hospital, unhappy and heart-broken. Things turn from bad to worse as there is another ghost that is alike Su-hyeon's and Ji-hyeon is not sure which of them is her sister. At the end, she notices the ghost that looked like her sister but instead she kills her own sister- Su-hyeon. At the end the camera zooms into the broken photographing-camera in which Ji-hyeon threw at her sister with a photograph of two girls, smiling. The photograph fades and zooms out, with the credit