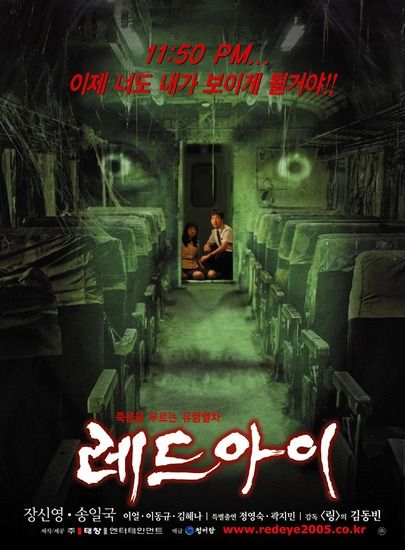 Red Eye is a 2005 thriller film directed by Wes Craven and starring Rachel McAdams as a hotel manager ensnared in an assassination plot by a terrorist (Cillian Murphy) while aboard a red eye flight to Miami. The film score was composed and conducted by Marco Beltrami. This is Cillian Murphy's second role of 2005 as a villain, the first being Dr. Jonathan Crane / The Scarecrow in Batman Begins.

Lisa Reisert (played by Rachel McAdams) fears flying, and following her grandmother's funeral in Dallas, Texas, she takes a night flight (called a red-eye flight; hence the title) home to Miami, Florida. While in the check-in line, she meets a pleasant senior lady (played by Angela Paton) who is interested in Lisa's Dr. Phil book. When she says she is a fan, Lisa gives the woman her book, saying she has already read it. She then meets the handsome and charming Jackson Rippner (played by Cillian Murphy)  and has a drink with him at a terminal bar, where Jackson tries to guess what cocktail Lisa prefers (he says a Seabreeze, but she orders a Baybreeze instead; even though she always orders a Seabreeze any other time).

When boarding her plane, Lisa is pleasantly surprised that her seat is next to Jackson's. Shortly after the plane takes off, however, Rippner reveals that he is a terrorist operative working for a group intending to assassinate the Deputy Secretary of Homeland Security Charles Keefe (played by Jack Scalia) and his family. Lisa is instrumental to their plan because she is the acting manager at the Lux Atlantic Hotel where the Keefe family is staying. If she refuses to cooperate, Rippner will deploy a hitman to kill her father, Joe (played by Brian Cox) at his home in Miami. Lisa is unable to warn anyone about the plot without jeopardizing her father's safety, and the longer she waits, the harder it will become to prevent the murders.

She desperately attempts to devise a plan to stop the assassination and save her father. When the woman from the check-in line stops by to discuss the book, Lisa writes a warning inside before returning it to her. However, Rippner discovers what Lisa did and headbutts her unconscious and retrieves the book before the message is found. Lisa later goes into the bathroom and leaves a warning on the mirror with soap, but Rippner is waiting outside, and, seeing the message, shoves her back in.