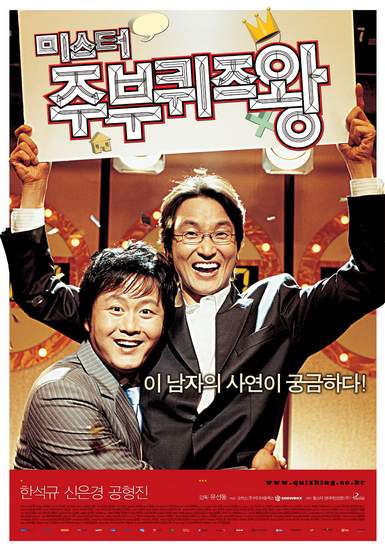 34 year old Jin Man (Han Suk Kyu, better known for his macho roles in The Scarlet Letter and Tell Me Something) used to run a large labor union but now stays at home whilst his wife goes out to work everyday. He is a good cook and housekeeper and dedicates his life to looking after their young daughter.

However, when he gets caught out in a confidence scam and loses all the money he had put aside for his father-in-law's operation, Jin Man takes desperate measures. Slipping on a dress he applies to take part in the TV game show "Quiz Show for Wives," in the hope of winning the jackpot.